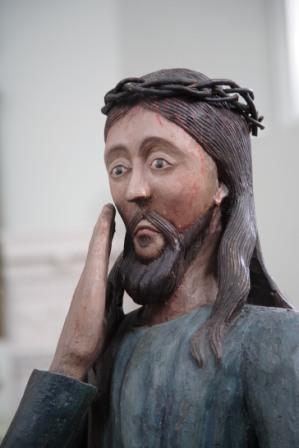 One can speak about development of art and culture in the Perm region for ages. It is no coincidence that Perm is known as the cultural capital. Perm art dates back to the time immemorial when it appeared in the first petroglyphs of ancient men and developed under the influence of Ananyino, Rodanovo, Glyadenovo and other cultures. Multitudinous peoples inhabited the Perm region in different historical ages, each making its own contribution. There are abundant antiquities in Perm region is rich and famous bits antiquities.

The Perm Art Gallery now accommodates many things created by the talented masters that have been for ages kept in cities and villages of the Kama Region. Ancient people of the Kama Region, ancestors of the modern Komi Perm people, were pagans, venerated heavenly divinities, the Sun and the Moon, and believed that their progenitors were animals and birds. The bronze ornamental casting style known as the Perm Animal Style that has survived to the present time wonderfully speaks of their worldview and their understanding of their place on Earth and in space.

Rich holdings of local history and culture museums of the Kama Region such as the Perm region museum, Cherdynskiy Local History Museum, Komi Perm District Museum and others not only allow one to see these unique items with one's own eyes but also study the details of the daily life and customs of the Kama Region first inhabitants.

Collections of the gallery include circa 43,000 depository items including works of domestic and West European art of different artistic schools, styles and movements of the fifteenth to the twentieth centuries. Here, one can see paintings, graphic arts, sculptural arts, ornamental arts and folk arts of Russia and Europe. The gallery accommodates collections of antique pottery, Ancient Egyptian art, Tibetan bronze works and ornamental arts of Japan, India and China.

The Perm region also boasts numerous local masterful architects, sculptures and artists. The Perm region is frequently referred to as the land of juvenile authors. Such works of fiction as «Hard, Woeful and Dangerous Life of Ivan Semenov, a Second-Grader and Repeater», «Lelishna of the Third Block» by L.I. Davydychev, V.P. Astafyev's stories about nature «Vasyutka's Lake and Pink-Maned Horse», juvenile novelettes by L.I. Kuzmin «Captain Coco and Green Glass» are known since childhood not only to Perm locals but also to residents of many other cities of Russia. Additionally, the city of Perm played a unique part in the life and creative work of the globally known author Boris Pasternak.

One can say that Pasternak was studying in Perm where he had come on an ego trip and, having lived in Perm for about a semester, became a true Writer. Soon, the Urals appeared in its works of prose and poetry. Today, everyone knows that his novel «Doctor Zhivago» describes Perm from the "figure house" that can be easily recognized as the Smyshliaev's House (nowadays, it accommodates the Pushkin Municipal Library) and the Gribushin's Mansion (today, the Perm Scientific Center of the Ural Division of the Russian Academy of Sciences occupied it). In later and other works by Pasternak, one can find references to Perm and the Kama River.

For over ten years now, Perm has been accommodating the Yuriatin Foundation created by linguists from the Perm University. In the jubilee year of 2006 (the 50th anniversary of Doctor Zhivago novel and the 90th anniversary of Pasternak's arrival into the city), the Perm Academic Drama Theater hosted a premier run of a musical fantasy based on Boris Pasternak's Doctor Zhivago. The performance was awarded multitudinous prestigious awards. 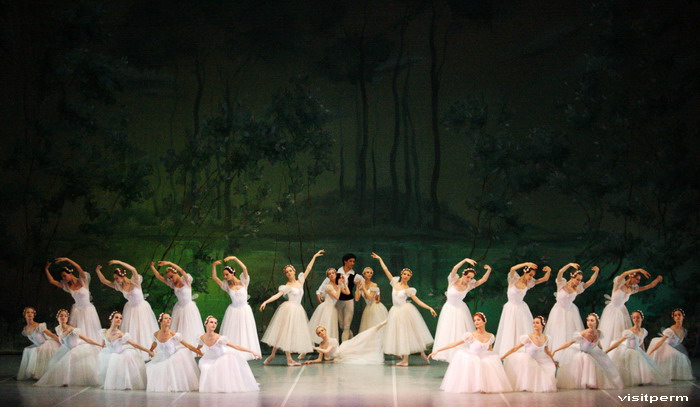 The Perm ballet is globally acclaimed. Perm is considered the third ballet Mecca after Moscow and Saint Petersburg. Still, few people know that Perm accommodates one of the best schools of choreography. Graduates of the Perm School of Choreography flew apart all over the world from America to Australia and from Ireland to Japan. Many graduates were successfully working and many are continuing their careers abroad in the US, Germany, Holland and Israel. Graduates of the School teach at numerous schools and amateur studios of choreography. Companies of numerous Russian theaters accept graduates of the Perm School. Today, they are principal dancers in Nizhniy Novgorod, Ufa and Perm. Saint Petersburg boasts a veritable Perm diaspora, and female ballets dancers trained and taught in Perm dance in Moscow theaters from the Bolshoi to the Kremlin Theater. The Tchaikovsky Perm Academic Opera and Ballet Theater also seeks after graduates of the Perm School of Choreography. The Perm Theatre that, at different times, had hosted all stage works of the composer (ten operas and three ballets) became a veritable House of Tchaikovsky.

The Perm region boasts numerous schools of art, universities, libraries and theaters. Contemporary art is also developing actively. Not long ago, a contemporary art museum was inaugurated near the river station. In addition to purely artistic tasks, the museum plays an important part not only for the city but also for the whole region by creating new cultural heritage that can become a global legacy.

It is impossible to describe all thing that the Perm region is rich in and known for in a single article. To truly assess the magnificence of historical, cultural and artistic landmarks, one should come here and see everything with one's own eyes